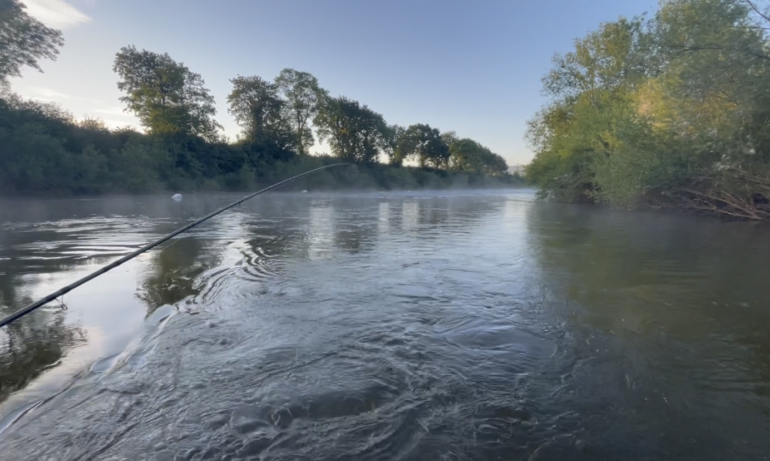 The Group from the Angling Club will be led by Chairman Rob Leather who said that the Club will be challenging the EA to commit to a meaningful timetable of action and delivery. Rob will be supported by John Cheyne Committee member who also works for the Angling Trust; Peter Richardson Club Secretary and also Head of Ocean Recovery at the Marine Conservation Society; Angela Jones, Wye wild swimmer; Rachel Bamford from Friends of the Lower Wye and Trevor Hyde Club Trustee, who has been collecting data on pollution in the Wye for close on 2 years.

Rob went on to say that the group were “very much looking forward to showing the Environment Agency the reality on the ground in terms of the phosphate pollution and sewage discharge that are blighting our precious river,”

Data from ROWAC’s phosphate monitoring will be shared at the meeting. This data, gathered over the past 20 months, shows phosphate levels over the legal maximum in 88% of the readings, sometimes by as much as 5 times.

This meeting comes at the end of a week where the CEO of The Wye and Usk Foundation warned at a meeting of the Wye Nutrient Management Board (NMB), which brings together politicians, regulators, farmers and businesses to address the river’s worsening pollution problem that the Wye is on the edge of a precipice, “We’ll see the Wye going green each year, people won’t be able to swim in it, dogs will be poisoned.”

The Wye Nutrient Management Board have started the process of creating a Water Protection Zone to cover the whole of the River Wye which was well supported by local councillors on the Board.

Warning of ‘two years left to save the Wye’ | Hereford Times